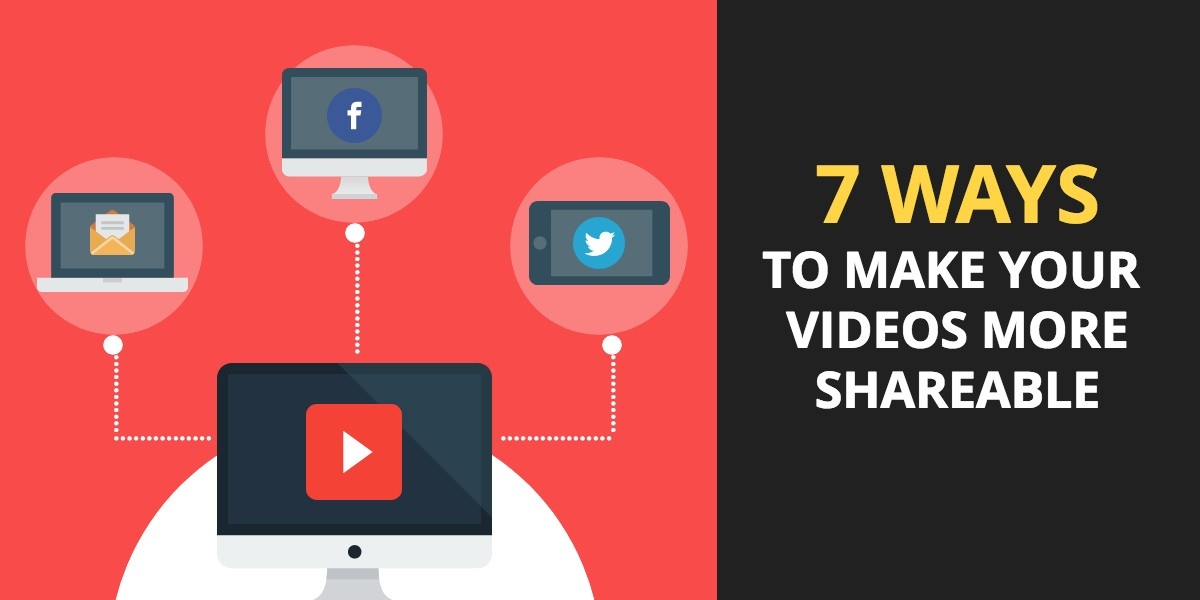 Each day, we’re bombarded with videos posted on social media platforms and sent to us by email. There are many reasons why people choose to share a video online, but first and foremost the video must resonate with the viewer in some way.

While there is no secret recipe for a viral video hit, there are a few ingredients that can increase the chances of your videos being shared.

From cave paintings to religious parables, from Mt. Olympus to Hollywood, many of the most enduring ideas in human culture have been presented in the form of a story. Of course, some things have changed over the past few thousand years. Today we have all kinds of new technology for communicating ideas. Yet, for all these changes, our instincts are still very much the same – we still connect with those that engage our curiosity, and rouse our emotion.

In order to understand why we all share this deep affinity for stories, it’s important to understand how storytelling affects us on a fundamental level.

Research in brain science has recently shed some light on this. As it turns out, when we take in information – say, in a power-point presentation or a lecture – our brains decode the language into meaning, but most of our brain is actually inactive. Simply put, information is just plain old boring.

However, if we’re given that same information in the form of a story, our minds are much more engaged. Our brains don’t like to simply process information; we respond much better to ideas if we can connect with them intellectually and emotionally.

That’s why storytelling is so much more powerful than just telling. It’s certainly possible to persuade an audience with facts and figures, but if you want to inspire your audience, you must speak to them on a deeper level.

2. Make it Funny (But Keep it Relevant)

It’s no secret why cat videos get so much traction – when we find something funny, we want others to share in that experience, and it feels good to help brighten someone’s day. Humour clearly resonates.

One of the most viewed and shared campaigns of all time is Dumb Ways to Die by the Australian Metro which has over 150M views on its official Youtube channel alone. While it manages to include an important safety message right at the end of the video, there are questions about how successful the campaign has actually been in reducing metro accidents in Melbourne, its ultimate objective.

There are many other examples of successful ‘viral’ business hits, from Old Spice to Dollar Shave Club (which led to a huge increase in sales and ultimately a $1B acquisition of the brand by Unilever). But there is no shortage of epic failures as well. These video marketing failures aren’t limited to small businesses but are often the result of agencies and their clients going perhaps a little too far out on a limb or not considering their audience more carefully.

Success in using humour effectively tends to be equal parts ideation and execution, but most importantly the video needs to relate to your target audience and to be strategic in nature by including some kind of message or call-to-action.

Another recent success story is Dove’s Real Beauty Sketches campaign, said to be the most viral video ad of all time. According to Business Insider, “In spite of some criticism, the video’s self-esteem boosting message clearly resonated with a massive audience. It was uploaded in 25 different languages to 33 of Dove’s YouTube channels and has been viewed in more than 110 countries.”

What really sets this campaign apart from others is how quickly these shares began to accumulate from the moment of its launch. The campaign reportedly received 3.17 million shares just in its first two weeks – more than any other ad has in history within the same period of time.

Shorter is typically better, especially when it comes to videos on Youtube and other social media platforms. The main reason for this is the huge number of videos competing for viewers’ attention.

On infinitely scrolling platforms like Facebook, Instagram, and Twitter, you have less than 3 seconds to grab a viewers attention, and you can lose it just as quickly. Keeping your videos short and concise is especially important when attempting to drive viewers towards a specific action. Consider building a call-to-action earlier into your video, or starting with a ‘hook’ that may cause viewers to want to stay until the end.

Read more: 3 Indications Your Youtube Video is Too Long

Sometimes, longer works best. According to ReelSeo.com “statistics point to videos that are longer than 2-3 minutes are shared more often, possibly because there is more time for your audience to have a more emotional connection resulting in them forwarding the link to other people.” The Kony 2012 documentary is a good example of this.

Longer videos are usually also more appropriate when you have a captive audience like during a presentation, and an effective staff training video can be anywhere from 20 minutes to 2 hours in length.

6. Make them Look Smart or Interesting

The reason that videos get shared tends to be not just in how they make a viewer feel, but in how it will make them appear when they share it with their friends and colleagues. Does your video help a person to express a strongly held belief or opinion, or perhaps to show how smart they are with a clever explanation of something complicated?

There is a time and a place to talk about your business, but it’s not when we’re creating content intended to be shared. That’s not to say that your organization’s story or that of its founder might not make for an interesting narrative, but the video should still serve to demonstrate a benefit to the viewer. Customer success stories can work much better as they tend to be more relatable.

This is especially true when writing a title and description for your video on social platforms. Try to answer the question, “what’s in it for me?” that the viewer will ask when they consider watching your video.

Views, likes, shares, and tweets are all important metrics when it comes to campaigns intended for virality, but hopefully, you’ve tied this video back to some type of strategic goal. It’s important to measure what matters.

Before beginning any new campaign, picture a successful outcome for the project – perhaps you were successful in increasing awareness. What behaviour has changed as a result which can be measured? Now try to attach a date and number, and to write this as a statement. This is the benchmark we’ll compare to once we measure the final results.