How to Choose a Video Production Company 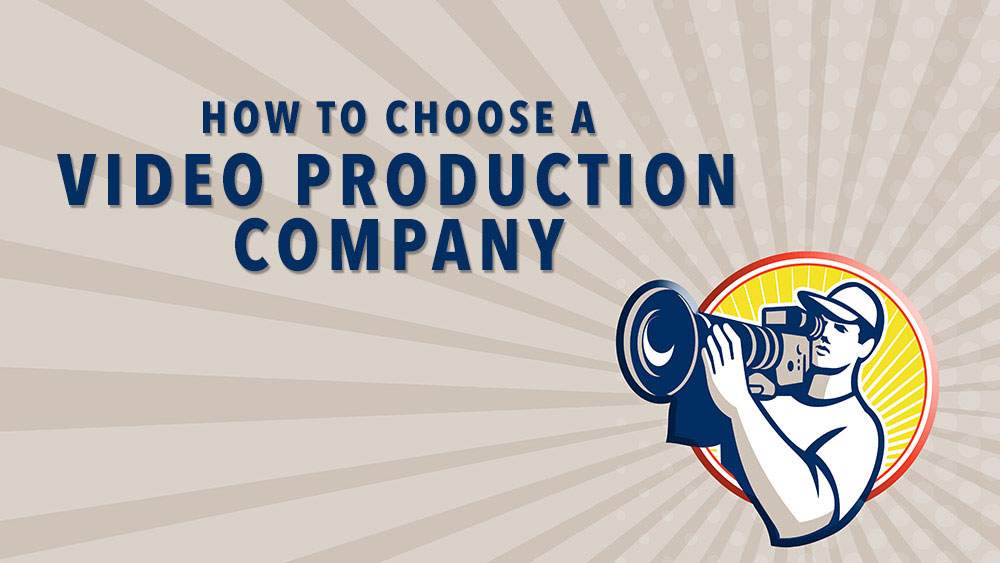 How to Choose a Video Production Company

Video is far from a commodity and finding a video production company who is a good fit can be a tough job. It may be tempting to make a decision based on a demo reel or simply price, but there are several factors which need to be considered if you’re looking for a successful partnership.

Going Beyond the Demo Reel

The most important thing is a company’s track record. How long they have been in business, their list of past clients, any client testimonials and case studies should all be verified.

Their work may look professional, but that’s just the start. It’s quite common for brand new businesses to leverage the work of their employees or contractors which had been produced under a different umbrella. While the same individuals may be contributing to your own project, this says nothing about the systems and approach of the new organization.

A major consideration when hiring a supplier is the ownership of the final video. Most production services are provided as ‘work for hire’, meaning that you as the client would own all of the resulting raw footage and completed work, but this isn’t always the case.

A producer should also waive all moral rights, meaning that they will not place their logo or name anywhere on the video, unless they’ve specifically negotiated to do so. You wouldn’t expect to see a list of credits at the end of a commercial, and this is no different for a short video on YouTube or any other corporate communications project.

After a project, you should be made to understand any licensing restrictions of assets used in the video, such as music and photos, as well the contract agreements made with any actors. Although perhaps more importantly, how you plan on using the video should be considered by the producer in the first place – there is nothing worse than being surprised by additional costs just because you decide to run your campaign another year!

Daily and hourly rates for things like filming and editing tend to be somewhat consistent within the industry, and often production companies within a given market are even hiring the same subcontractors. But when comparing estimates or proposals, you may still find huge differences in price based solely on the scope of the project having been interpreted differently or a different approach having been recommend altogether.

Miscommunication can also lead to clients being unhappy with the final product or with a final bill that is larger than the original estimate. This is why it’s so important that the right questions are asked up front.

We always recommend working with a partner you trust to first establish at least a rough budget and a clear idea of your goals, before soliciting proposals. You’ll get much more value by asking what kind of results a producer or agency can achieve within a given budget and timeframe, rather than simply asking for a quote.

Now the benefit of working with an independent or even a very small ’boutique’ firm is of course that they are often cheaper, having much lower overhead. These producers typically still produce very high quality work and with more of a ‘filmmaker’ approach and strong creative direction. But what happens if that person gets sick during the project or is away on vacation the next time you need them? What processes do they have in place to ensure consistent results?

For businesses hoping to establish a long-term relationship with a supplier, there’s also the risk that a freelance producer may be nowhere to be found the next time you need them for a new project or for updates to an old one. Smaller suppliers may also have difficulty in navigating the procurement and invoicing requirements of larger firms.

More established agencies who specialize in video production can offer better expertise when it comes to best practices, and are a safer bet for long-term access to raw footage for changes down the road. We’ve had many clients come to us with an existing video they were hoping to update, without having been provided with the required assets to do so by their previous video production supplier who may have since gone out of business.

Still not sure where to start? Contact us for a consultation today.