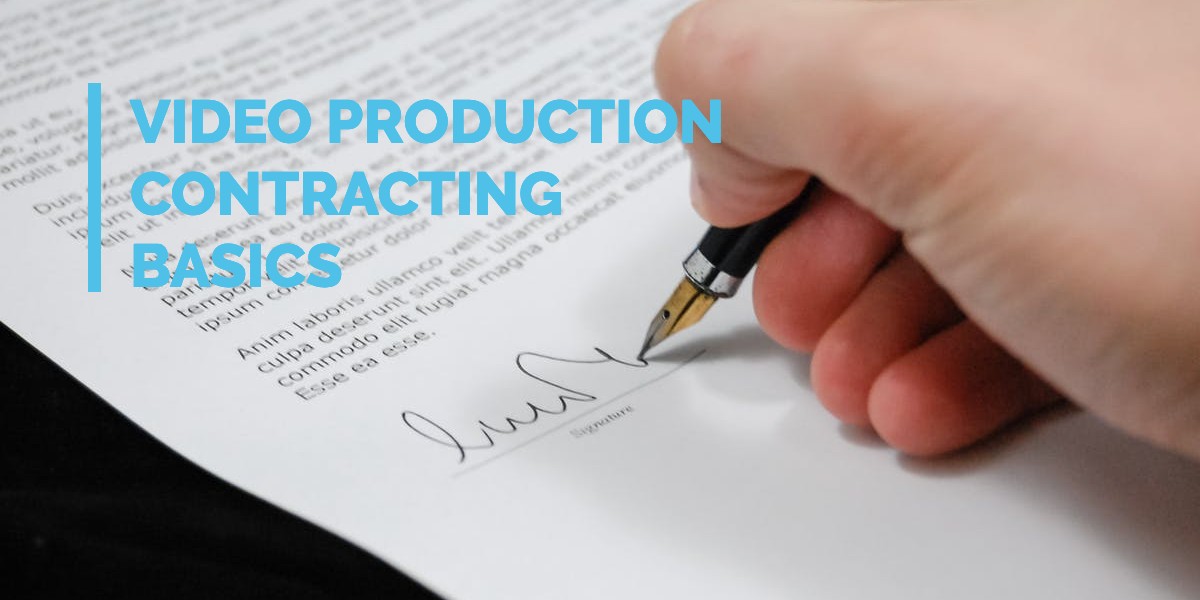 Let’s assume that you have gone through the process of soliciting proposals from several vendors. Once you have made the difficult decision of choosing a video production company, there will be some form of contracting process which must be undergone before the work on your video can start.

Here is an overview of what you should expect when contracting a video production company – as well as a few things you should watch out for.

A Detailed Proposal Will be Provided

Since rates tend to be fairly consistent within the industry, when comparing proposals from several production companies you may have found a difference in price based solely on the scope of the project having been interpreted differently.

Furthermore, some companies may estimate costs based on a ‘project’ rate, while others prefer to budget based on hourly and daily rates for labour, equipment and other costs. An initial proposal may have only included a high-level estimate without much detail on the specific scope of services to be provided, but this lack of information can cause problems later on.

Before signing off on the project, you should receive a detailed breakdown in the form of a line-level quotation, proposal or contract explaining exactly what can be expected.

At this stage, you will typically also be invoiced for a deposit payment of up to 33-50%, depending on the size of the project, with the balance to be invoiced for in stages or upon final delivery.

Any terms of service the production company has which are not ‘industry standard’ will hopefully have been made clear throughout the sales process, but this is of course a good time to review these in detail before it’s too late.

For example, while most video production work is done as ‘work for hire’, meaning that you would own the rights to all raw footage and completed work, this may not be the case if a special price has been negotiated.

The producers should also agree to waive all moral rights, meaning they will not put a logo or credit anywhere on the video, unless otherwise discussed.

Potential Risks Will be Discussed

No video project is exactly alike and the scope of your requirements may change throughout production for a number of reasons. When doing any filming, there may be a risk of going into ‘overtime’, and post-production can easily require additional rounds of revisions not originally planned for.

A Project Plan Will be Presented

“He who fails to plan, plans to fail” in video production, as in any collaborative process. Some form of project plan should be provided, the format and detail of which may vary, to be updated and used as a guide throughout the production process.

In our ‘Project Charters’, we like to summarize the entire creative brief, including the goals and objectives of the video, its target audience, call-to-action, etc. We will also list and provide contact details on all project team members so that everyone’s role is made clear, as well as a plan for approvals and communication throughout the project. Project milestones and deliverables are outlined along with a plan for handling risks, as mentioned above.

Learn More: How to Choose a Video Production Company

Much of this plan will have ideally been developed collaboratively with you throughout the sales process, since things like the project approval process and number of revisions planned for may have an effect on costs.

Video production is far from a commodity and choosing a video production company with a proven track record and experience is vitally important to the success of your project. Before signing on that dotted line, be sure to request a list of past clients and to verify any references they may be able to provide.