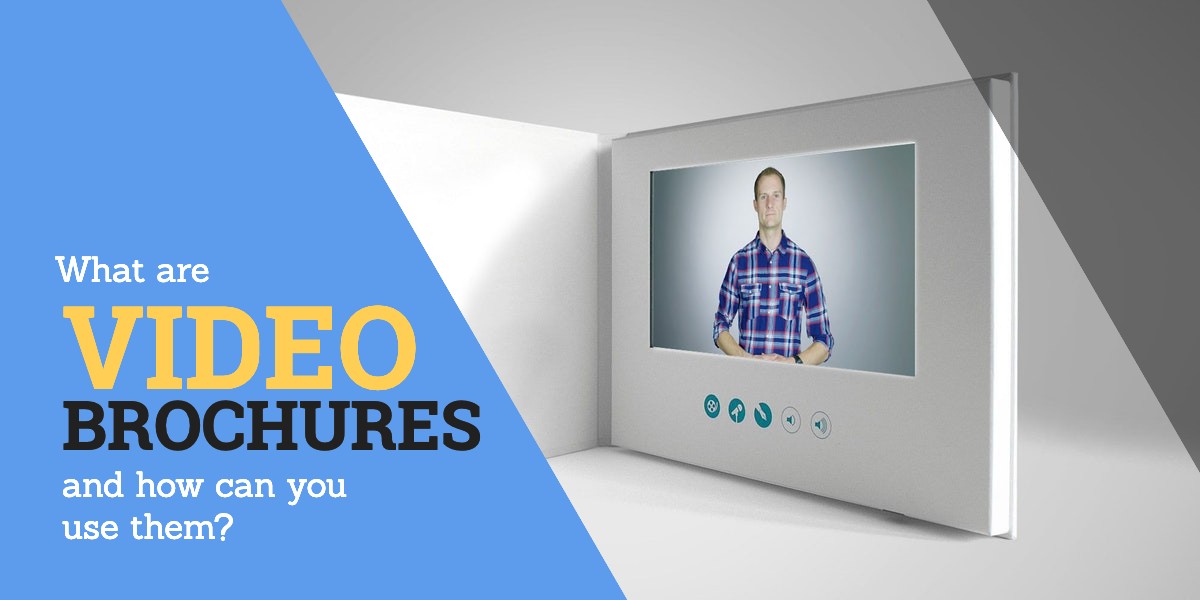 Imagine receiving a brochure in the mail, opening it up and having a video start to play with sound. This is what’s called a ‘Video Brochure’, and it’s like a brochure on steroids.

Video brochures are an emerging trend that sort of marries the old with the new. It’s digital media applied to direct response mailers. They’re perfect for B2B sales or for luxury items like high-end real estate, automotive, and tourism.


You can order these from suppliers around the world, including from printers right here in Canada. They’re essentially a really cheap, somewhat disposable LCD screen manufactured in China that has been wrapped in a custom printed box. The screens inside are all self-contained, and rechargeable using a micro-USB cable. Most have a battery life of a couple of hours with capacity for around 10 minutes of video content.

The screens themselves come in a variety of sizes from the and can be put in brochures of a variety of shapes and sizes as well, so there are a ton of possible combinations from something resembling a business card to a full letter-size, multi-page brochure.

What’s really cool is that you can load up a series of videos and can even include buttons so that the viewer can skip between them.

Ways to Use Video Brochures

There are no wrong or right ways to use video brochures, but I could see using these in a very targeted direct mailing campaign to support other touch points.

Let’s say I was sending out 100 of these, I’d probably try to record a short personalized video as an opener for each one where I actually mention the prospects name along with a customized message. If you’re going through the trouble and costs of producing and shipping these, recording a short message to supplement the other video content you might include seems like a great way to boost results.

Businesses who exhibit at trade shows might also want to produce a batch of more generic ones that can be handed out to qualified prospects. I wouldn’t just have these sitting out on a table for anyone to grab as they’re not cheap which we’ll talk about in a minute, but maybe having them as an option for your reps to give as a handout only to those highly qualified prospects they might have spoken to as a way to stay top of mind before following up with them again at a later time. They could also be used as a leave-behind when doing presentations and sales meetings.

How Much Video Brochures Cost

You can get video brochures produced for as little as around $20 US for orders of 1,000 units or more, depending on the screen size, plus the cost of shipping from the printer. That includes the screen and the custom printed brochure. But if you’re only getting, say 100 units, that cost will be closer to around $50. The minimum order seems to be 50 units for most suppliers.

If you’re mailing these to prospects, you’re then going to have to factor in those costs which could be equal to the cost of printing. That of course doesn’t include the cost of producing the video content in the first place – you’re going to need a much larger budget for that, but most businesses have plenty of great content that could be repurposed for something like this already.

There’s an obvious downside to video brochures, and that’s the waste that they’re likely to generate.

I think if done properly, you’re going to use this tactic somewhat sparingly and will only give these to qualified prospects who are likely to watch and ideally to hang on to it for quite some time. For the foreseeable future, there’s going to be a certain ‘wow’ factor when receiving a video brochure, so I could see people really passing one around to their colleagues in the office in the case of a B2B product or service, or maybe giving their copy to a friend if it’s something more consumer related.

But at some point, they are going to end up in a landfill. Yes, the screens can be recycled like most electronics, along with the built-in lithium batteries. The paper as well. You could technically even request that the recipient somehow send the thing back to you so that it can be re-used but of course that’s not a viable option for a numbest of reasons. Even if they’re being properly recycled, it’s still generating a lot of material that a similar digital campaign wouldn’t. So for some companies with very strict environmental policies, this might be a non-starter. It’s something that businesses will have to evaluate for themselves on a case by case basis.

So that’s the Video Brochure in a nutshell. If you are doing printed, direct mailing campaigns, or exhibiting at trade shows, it may be something worth experimenting with. It’s something we’ve helped a few clients with and are beginning to see some excellent results.

If you’d like to explore whether video brochures might be right for your business, get in touch for a consultation.