WistiaFest 2016 Recap and the Future of Business Video 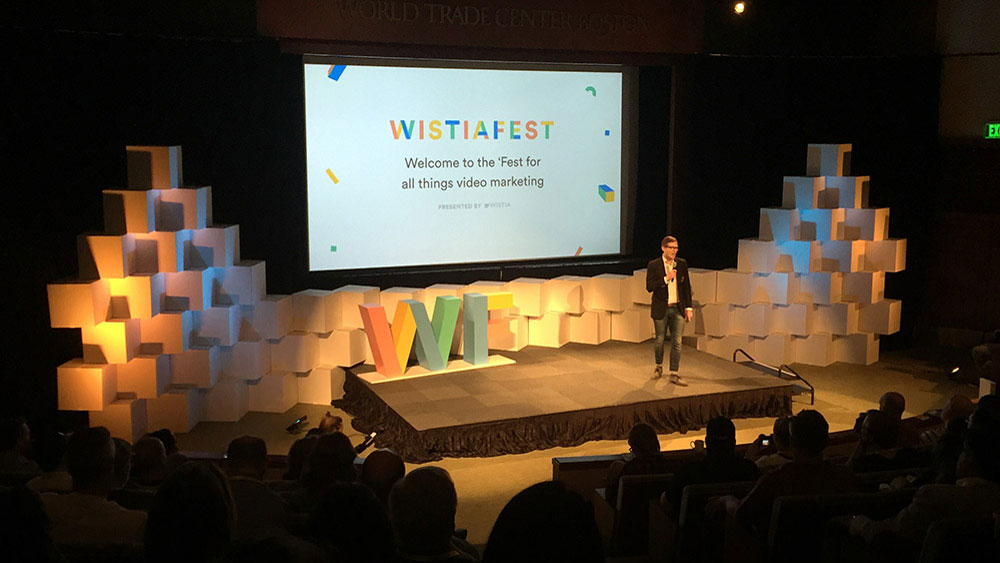 WistiaFest 2016 Recap and the Future of Business Video

This summer we finally took the opportunity to travel out to Boston for WistiaFest 2016, the ‘Fest for all things video marketing, hosted by our favourite video hosting and marketing platform Wistia. The conference was in its third year and it definitely did not disappoint.

We took in an inspiring 3 days of keynote speeches, breakout sessions, and networking – along with a boat party, a game at Fenway Park, and a couple of breweries of course!

We’ve got a recap of some of our key take-aways from the event, including predictions on what the future of business video will bring, along with some exciting new features coming to the Wistia platform.

The Future of Business Video

In celebration of Wistia’s 10th birthday, Wistia’s CEO and co-founder Chris Savage kicked things off with a fun look back on how online video has evolved in the last decade, from the Flip video camera to Snapchat. The key take-aways were: The bottom line is that we can expect to see video being used much more throughout organizations – from daily communication within email and chat, to larger communications and marketing initiatives – video is the new “language of the web”.

These videos will be increasingly designed for a single specific platform and often single use, produced and used not just by those within marketing and communications, but across every deparment.

There’ll still be a time and place for higher ‘production value’ videos produced by video production agencies like ours, but the future as Chris put it is “authentic videos for smaller audiences”. In the meantime, this will mean getting more strategic with our use of video while doing plenty of iterations and A/B split testing, so that we can measure and ultimately improve performance to make sure we’re getting results.

Wistia recently announced its new redsigned video player nicknamed ‘Vulcan’, and it’s loaded with great new features. Here are some of our favourites:

Be sure to watch all the keynote speeches and learn more about the new Wistia Player. Download our Guide to Getting Started with Video Hosting & Optimization to learn how to leverage tools like Wistia yourself.